On October 14th, 2021, Centereach High School celebrated Hispanic Heritage and Culture. The event was complete with traditional singing, dancing, a raffle giveaway, refreshments such as coffee & churros, and an inspiring speech from Señor Batista about the American Dream.

During the event, Centereach’s very own students organized an informative slide presentation on traditional dances of Hispanic origin and accompanied each with a demonstration and lively music. Additionally we also got to see an amazing solo performance from Dyra Cardinas.

After his speech about growing up in Panama and what life was like after he moved to the United States, we conducted an interview with the event’s guest speaker, Señor Batista. In our interview, we asked what his first thoughts were on America when he moved here. Señor Batista said, “I was confused because of the language problem and a new country and everything. Everything was different and I came from Country-life to kind of a big city.” As a follow up question, we then asked him what left a big impression on him. He said, “I noticed that we have people from all different parts of the world and I learned all the cultures of the world coming to Long Island and I loved the fact that the Island is beautiful and we have four Seasons, in Panama, we only have two.” Although Señor Batista was a guest speaker at the night’s event, we also wanted highlight Señor Batista’s contribution to Centereach High School as a well beloved Spanish teacher who had only recently retired. To conclude our interview, we asked “What’s your favorite part about teaching?” to which he responded, “My favorite part was to be with the students and helping them whenever they have questions, that was my favorite part. Being with them, joking with them and encouraging them.”

Later that night we interviewed Dyra Cardinas who performed an exciting solo dance in a sparkly rainbow costume that lit up the room. After seeing her dance we were curious to know more about what it took to put it all together. We asked her about the rehearsal for the dance to which she told us “It was challenging, I had to practice, practice, practice. I practiced outside with my heels on and it was a bit rough.” Despite these challenges, Dyra was able to shine and added that her favorite part of her performance was “looking at people and seeing them smile.” 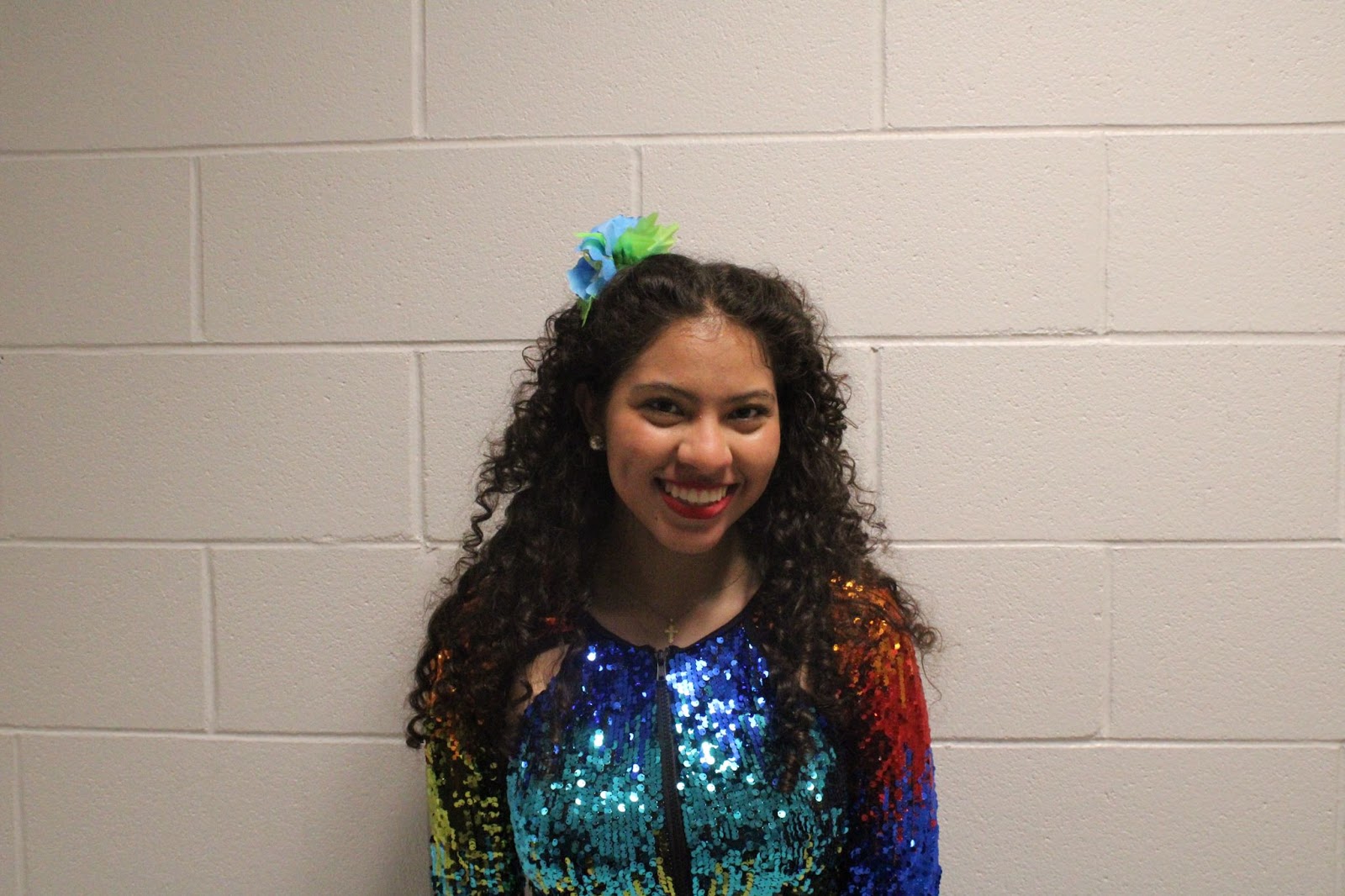 Lastly, we interviewed the President of the event, Gabriella Virella. Gabrielle told us about all the behind the scenes details of Hispanic Heritage Night. According to Gabriella, “It’s really been a team effort, it’s been really great because we’re all from different grades, came together and made new friends. It’s been a working progress, Dyra and Melony were in charge of dancing and they put together beautiful numbers for everyone. I was in charge of a lot of decorations, Keyana has been a great help, she made all the programs, she put everything in order, she is our Co-Secretary. Melony is our Vice President and Dyra is our Choreographer.”

We at Centereach’s Cross Currents, left Hispanic Heritage Night not wanting it to end. The dedication and energy of the event’s members was on full display and made us all look forward to seeing what the Hispanic Heritage Celebration has in store for us next year.